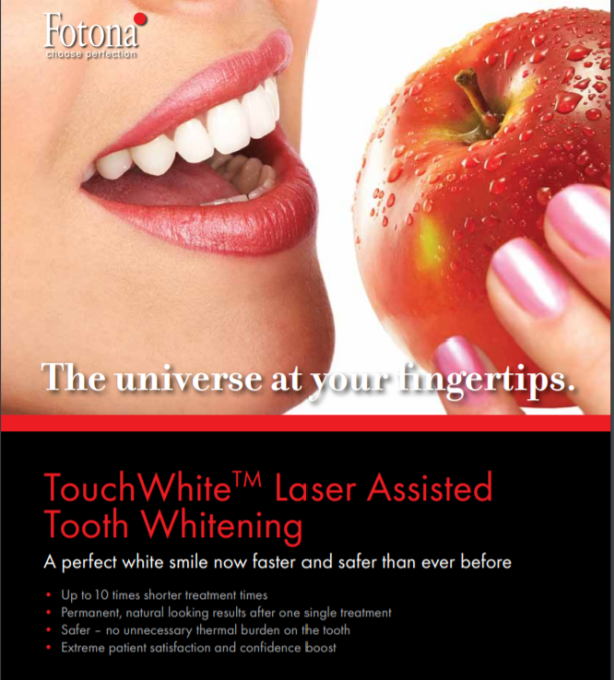 The TouchWhite™ tooth whitening process makes use of the fact that the Er:YAG laser wavelength has an absorption peak in water, which is the major component of dental bleaching gels. Due to its high absorption in water, the Er:YAG laser beam is fully absorbed in the gel and does not penetrate to the hard tissue or the pulp, as is the case with other laser-assisted whitening methods.

Since the Er:YAG wavelength is fully absorbed in the gel, there is no direct heating of the underlying tooth. Diode and other laser wavelengths, on the other hand, are not fully absorbed in bleaching gels (even those with special additives), and the transmitted light directly heats up the whole tooth. The TouchWhite™ technique utilizes the laser’s energy far more effectively, with minimal thermal impact on the tooth, and the gel can be heated to higher temperatures without compromising the safety of the tooth or pulp.

As a consequence, the TouchWhite™ procedure can be performed significantly faster, with whitening speeds increased by 5–10 times.